Who Cares if It’s Rope Worm, or Mucoid Plaque?

Rope worm is a new form of parasite that has been creating buzz in the media industry over the recent months. It was discovered by Dr. Alex Volinsky, Ph.D., who is currently leading the charge to understand the background of rope worms, and what these parasites are actually capable of. Dr. Volinsky began researching instances of rope worm after he suffered his own personal experience passing something that someone suggested might have been a “rope” worm.

Since that time, Dr. Volinsky has published several papers on the subject of rope worm, yet we’re still waiting for more information about this parasite to come to light. The scientific community is waiting on a full genomic sequencing of samples to determine whether these things are being recognized as a new infectious agent, or whether they’re just a new form of mucoid plaque released during cleansing.

Because they often appear to look very similar, rope worm and mucoid plaque can be difficult to tell apart. Here, we’re going to take a closer look at both substances, and why the most important thing to remember that deciding which issue you have isn’t important – what’s important is making sure that you get rid of mucoid plaque, or rope worm as quickly as possible.

What is Mucoid Plaque?

When you’re trying to learn more about digestive health, the chances are that you’ll hear a lot about a substance called “mucoid plaque” – an element within the intestines that prevents standard digestion and can sometimes contribute to serious health conditions.

Though we often associate mucus with things like cold and flu, the truth is that it’s a normal and necessary bodily secretion. In its healthy form, mucus is a slippery and clear substance that helps to lubricate certain parts of the body and protect the surface of membranes. Part of the way in which it works is to coat everything that you ingest, engulfing everything from toxins, and water. The more dangerous stuff the mucus in your body consumes, the more it becomes cloudy, sticky, and thick.

Perhaps the best way to describe “Mucoid plaque“, is as a combination of mucus, and the partially-digested waste matter that is within your intestines. The danger of this plaque is that it isn’t expelled by natural bodily functions. Instead, it works its way into the wrinkles and crevices of the large intestine, where it can sometimes nestle for years.

In the process of building within the intestinal tract, mucoid plaque also binds more toxins and waste materials that move through your digestive system, so that it gradually becomes more significant and wide-spread across the intestinal walls.

The result of this mucoid issue is that your typical digestive behavior is compromised, and you begin to struggle to absorb nutrients in the way that you normally would. At the same time, your risk of autointoxication increases as you retain more waste matter, and you may even create a friendlier internal environment for parasites.

What are Rope Worms?

As we mentioned above, rope worm may be a newly-discovered intestinal parasite, which up until now has been frequently mistaken for decayed food matter or the intestinal lining on scans. They were discovered only a few years ago, following a routine enema cleanse, and testing suggests that they may contain some human DNA.

Numerous theories have been proposed to explain the presence of rope worms within the standard human intestinal tract. However, because we have only just begun to scratch the surface with these parasitic creatures, additional testing is required before we can begin to fully understand them.

Some experts believe that:

Other people within the medical and scientific industries believe that most people suffering with rope worm are experiencing symptoms that relate to the buildup of mucoid plaque in their digestive systems.

The Appearance of Rope Worms and Mucoid Plaque

The appearance of rope worms is not pleasant, but closer examination shows that rope worms and mucoid plaque appear to be very alike.

Perhaps the most interesting thing to note about rope worms is that they exist throughout five different “stages” of life. In the first stage, they are simply viscous mucous, which can be located anywhere within the human body. Usually, during this stage, and the second stage, the rope worm can be expelled from the body using salted milk enemas.

During these stages, and even in later cases of rope worm, it can be difficult to tell the difference between rope worm and mucoid plaque. The important thing to remember is that although mucoid plaque might not be classified as a parasite, it can have serious negative effects on your health.

Mucoid plaque can destroy beneficial bacteria, which means that your immune system begins to weaken, and the normal behavior of lymph nodes is limited. Additionally, your liver can become overburdened as it attempts to neutralize and overwhelming toxic load. If these side-effects sound dangerous – they should. The level of digestive impairment that is caused by mucoid plaque can be linked to a host of dangerous health issues, including unhealthy food cravings, allergies, autoimmune conditions, and brain fog.

A congested bowel doesn’t absorb nutrients properly so that you can remove toxins and waste from your body. In other words, even if you’re eating vitamins and minerals regularly, you could still suffer from the symptoms of malnutrition and lowered immunity. Additionally, the metabolic toxins in your system that cannot be secreted are simply circulated back through the system, overloading your body.

The Dangers of Excess Mucus

When unhealthy substances like mucoid plaque are allowed to live within your system, it creates a dangerous environment, which might prompt a host of symptoms, including:

As the gastrointestinal tract becomes more overgrown with microforms, more symptoms and problems occur. In fact, some people suffer from something called a “coated tongue”, along with cramps, diarrhea, intestinal pain, and various forms of internal inflammation.

Similarly, some of the most common symptoms that are experienced by rope worm sufferers include:

Mucoid Plaque and your Diet

Besides the symptoms we’ve outlined above, mucoid plaque issues can also lead to compromised kidney and liver function, issues with digestion, bloating, and constipation. Whether you believe that you have a rope worm, or mucoid plaque, it’s crucial to clear this substance from your system with a detoxifying solution like Para 1.

Alongside the right supplemental tablets, recognizing that changes may need to be made to your existing diet could also help you to improve your chances of overcoming mucoid plaque or rope worm too.

Just as certain foods and beverages might produce excess mucus in the body, some substances are ideal for getting rid of it too. Two of the main mucus-producing substances are wheat and dairy. The Casein present in dairy products and the gluten found in wheat require your body to use strong acids for digestion. Once the digestion process is over, food particles might be left over that are too big for the body to absorb, and these particles contribute to mucoid plaque buildup.

Crucially, it’s not just dairy and wheat that have a dangerous role in the production of mucus either. In fact, the truth is that any food you eat can contribute to the production of mucus. The important thing to remember is that some substances are more likely to cultivate problems with plaque buildup than others.

Some of the foods that create excess mucus in the body include:

Protecting your body from a buildup of mucoid plaque is all about making sure that you cut down on dangerous foods, and build up a healthy diet of foods that help to relieve excess mucus. For instance, such foods might include:

Additionally, certain herbs have been found to be effective at limiting plaque buildup. For example:

Slippery Elm or Ulmus Fulva is a substance native to Northern America. This substance has been used as a medicine by native Americans for centuries and is ideal for treatment of various gastrointestinal problems. Because it helps to soothe and coat the intestines, it can resolve many of the discomforts associated with plaque build-up and excess stomach acid that may lead to ulcers.

Peppermint is a wonderful herb native to Asia and Europe. According to experts, this substance can help to limit colonic spasms and calm the muscles in the stomach, which is why it is used by many experts in treating gastro problems. Additionally, peppermint can help individuals to pass gas, which relieves stomach pressure and bloating.

Finally, native to Europe, marshmallow root has been used for centuries as a medicinal herb. Experts believe that it can help to bind the mucus membranes in the body because it swells when mixed with water. Marshmallow root can also help to dislodge mucus congestion and sweep toxins out of the body.

The Best Way to Remove Mucoid Plaque and Rope Worm

Right now, it’s impossible to know whether rope worm is an individual issue in the medical community, or simply a sign of mucoid plaque. More research is required into the presence and makeup of rope worm for such information to be certain. However, what is certain, is that removing these substances is crucial.

The clinical benefits of removing rope worms and mucoid plaque from the body are very significant. If you take anything away from this article, it should be the knowledge that whether you’re suffering from mucoid plaque, or rope worm, you should be considering ways to remove these substances from your body permanently.

The best way to do this is with a combination of enemas, water fasting, and Para 1, a Cellcore product that has specific abilities for removing plaque and parasites. With the aid of Para 1, our clients have been able to remove both rope worms, and mucoid plaque.

Hi! I’m Debbie! Someone once said, “When you come out of the storm, you won’t be the same person who walked in.” As a nutritional health coach and culinary fanatic, I love to help people conquer their health issues, in the same way I was able to heal my own. 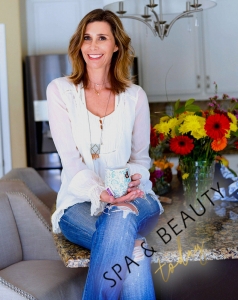